CNN Lavishes Praise on Criminality of the CIA 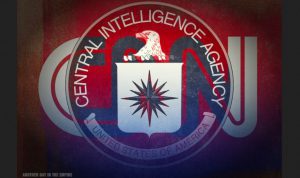 It is perfectly logical for the corporate media to slobber praise on the CIA, the progenitor of its current format of endless propaganda, lies, and alternate versions of reality.

This tweet is truly Orwellian. The CIA has not kept us “safe.” It has in fact done quite the opposite.

In addition to MKUltra and the search for a perfect brainwashed assassin, this agency of the national security state imported Nazis (the Gehlen organization), engaged in a secret terror campaign with NATO targeting civilians (Operation Gladio), illegally and against its useless charter undermined the constitutional rights of Americans dissenting against the Vietnam War (Operation CHAOS), engineered the sadistic MKUltra program, deals deadly drugs, established crooked banks to finance black projects, has overthrown governments in numerous countries, and as previously mentioned, turned the corporate media into a propaganda machine—the CIA’s “Mighty Wurlitzer”—churning out an endless stream of propaganda.

Now we must endure propaganda from a news outlet that permitted the Pentagon to run a psychological operation from its headquarters during Bush the Elder’s criminal destruction of Iraq.

Here is something “declassified,” yet never talked about and now denounced as domestic terror radicalization—the subway terrorists mentioned in the following teaser were created by the CIA.

The FBI is notorious for staging fake terror plots.

CNN is little different than Fox or any other corporate “news” operation—all read government scripts closely and rarely deviate from the official narrative, never mind the absurdity of many of these contrived and obviously “fake news” narratives, most notably 9/11 and the subsequent war on manufactured terror.

I suspect this “tribute” is funded by the CIA, which has worked closely with Hollywood and corporate media to make sure we are left in the dark and filled up with fictional nonsense about freedom-hating terrorists and other “threats,” now including conspiracy theories the FBI says must be urgently confronted and eliminated.

The CIA controls far more than we know and are willing to accept. Is it possible many of the more outlandish conspiracy theories are part of the CIA effort to criminalize alternative media? After all, back in 1967, the CIA wrote a dispatch which coined the term “conspiracy theories” … and recommended methods for discrediting such theories.  The dispatch was marked “psych” –  short for “psychological operations” or disinformation –  and “CS” for the CIA’s “Clandestine Services” unit.

In 1967, the CIA Created the Label “Conspiracy Theorists” … to Attack Anyone Who Challenges the “Official” Narrative

Conspiracy Theorists USED TO Be Accepted As Normal

Democracy and free market capitalism were founded on conspiracy theories.

But those were the bad old days …Things have now changed.

The CIA Coined the Term Conspiracy Theorist In 1967

Specifically, in April 1967, the CIA wrote a dispatch which coined the term “conspiracy theories” … and recommended methods for discrediting such theories.  The dispatch was marked “psych” –  short for “psychological operations” or disinformation –  and “CS” for the CIA’s “Clandestine Services” unit.

The dispatch was produced in responses to a Freedom of Information Act request by the New York Times in 1976.