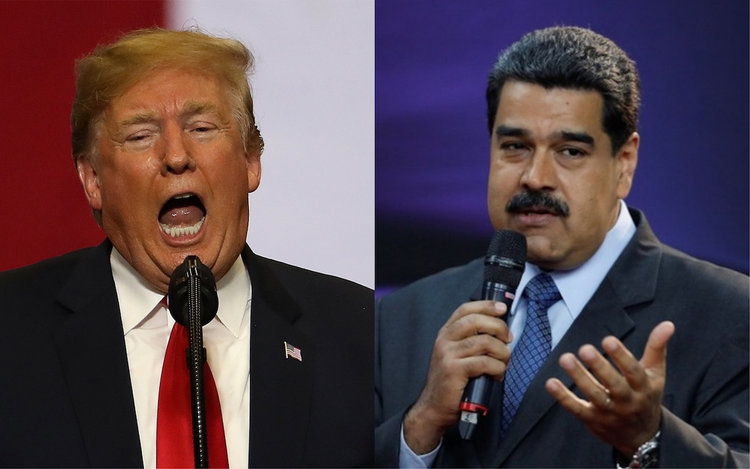 [The US team of Donald Trump, John Bolton, Elliot Abrams, and the Military-CIA Complex continue to falsify claims and issue threats to Russia. They want to push Russian presence out of Venezuela so they can move in and topple Maduro’s government. The Trump team obviously thinks they can interfere anywhere they like, and all nations must bow to their threats and demands.

Meanwhile they continue their absurd and hypocritical claims that Russia “interfered” in the 2016 US elections by publishing opinions about the candidates. But US spokesmen ignore the obvious fact that the US “interferes” in every nation worldwide – and not by merely publishing opinions, but physically invading and overthrowing them and installing new governments. That’s real interference!

Now they complain that Russia is interfering with Trump’s plan to forcibly overthrow Maduro’s lawfully elected government. The US warmongers are corrupt and insane.  -ed]

Russia on Saturday warned Washington to stop interfering in the stand-off between Venezuela‘s government and the opposition movement, and once again defended its decision to send personnel to the country.

“We recommend that the United States stop threatening Venezuela, smothering its economy and pushing it towards civil war in open violation of international law,” foreign ministry spokeswoman Maria Zakharova said in a statement.

On Friday, a statement from the US National Security Advisor John Bolton warned “actors external to the Western Hemisphere against deploying military assets to Venezuela”.

But Zakharova, in her statement Saturday, said Russia had made it clear it was not sending a military contingent to Venezuela.

Two Russian military planes landed a week ago at the main airport outside Caracas and offloaded equipment and troops, ratcheting up international tensions.

Russian officials insist the troops came to Venezuela as part of a long-standing agreement on military and technical cooperation.

But US President Donald Trump has called on Russia to “get out” of Venezuela, with Russia saying its troops will stay for as long as needed.

Russia and Venezuela signed a military cooperation treaty in 2011 involving the sale of Russian weapons to Venezuela.