Pentagon Alarmed Russia Is Gaining ‘Sympathy’ Among US Troops 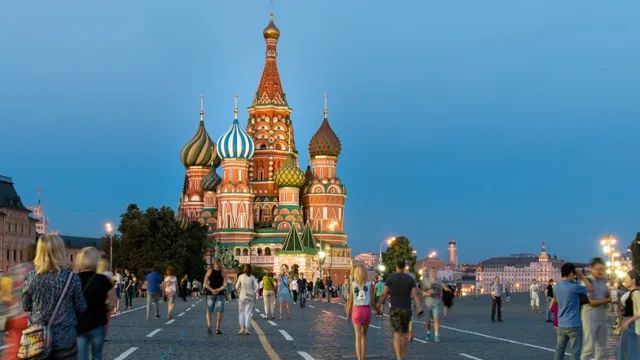 An alarmist headline out of US state-funded media arm Voice of America: “Pentagon Concerned Russia Cultivating Sympathy Among US Troops.” The story begins as follows:

“Russian efforts to weaken the West through a relentless campaign of information warfare may be starting to pay off, cracking a key bastion of the U.S. line of defense: the military. While most Americans still see Moscow as a key U.S. adversary, new polling suggests that view is changing, most notably among the households of military members.”

Remember when Russia bombed brutally Belgrade, invaded and occupied Iraq, started an eighteen-year-long quagmire in Afghanistan, created anarchy in Libya, funded and armed al-Qaeda to overthrow Syria, and expanded its bases right up to US borders?

No? Neither do we. Oh, that’s right … it was the US that did all those things.

Perhaps American soldiers are simply sick and tired of risking their lives for the US military and intelligence machine’s legacy of ashes across the globe, and recognize the fact that Russia most often has been on the opposite side of Washington’s habit of invade, lie, and destroy to achieve access in countries western corporations intend to overrun and consume.

The second annual Reagan National Defense Survey, completed in late October, found nearly half (46%) of armed services households questioned said they viewed Russia as an ally. Overall, the survey found 28% of Americans identified Russia as an ally, up from 19% the previous year….While 53% of military households, still views Russia as an enemy, the spike in pro-Russian sentiment has defense officials concerned.

Perhaps US military households are wising up to the fact that a new Cold War or a direct confrontation with Russia and China is a terrible idea. Why can’t America mind her own business? Also, Washington’s involvement in the proxy war in Ukraine has nothing to do with protecting Ukrainians. It is nothing more than a failed attempt to weaken Russia.

[Western elitists see Russia as a business competitor. It has nothing to do will defending America’s safety. Washington will stop at nothing to try and gain corporate and financial advantage across the globe. Military war is merely the merchants of the earth trying to weaken their global business competitors. -ed]

To be expected, the new poll which finds more service members ‘sympathetic’ to Russia is heavy on the supposed ‘Trump-Russia nexus’ narrative caused an uptick in Kremlin propaganda. But more to the point we are seeing a failed legacy of ‘endless wars’ and a history destabilizing US influence across the globe.

Perhaps the “doubt and confusion” comes via trillion-dollar endless wars of regime change and corrupt occupations at the expense of American lives and the loss of sanity. In other words, this is not a ‘Russia problem’ at all. It is a western problem; a conspiracy of western corporate greed empowered by Washington and New York.