If they lied to you then – in mind-boggling ways – there is no reason to think they’re telling the truth now.

As Doshi states, every year, hundreds of thousands of respiratory samples are taken from flu patients in the US and tested in labs. Here is the kicker: only a small percentage of these samples show the presence of a flu virus.

This means: most of the people in America who are diagnosed by doctors with the flu have no flu virus in their bodies.

So they don’t have the flu.

Therefore, even if you assume the flu vaccine is useful and safe, it couldn’t possibly prevent “flu cases” that aren’t flu cases.

The vaccine isn’t designed to prevent flu, unless pigs can fly.

“…even the ideal influenza vaccine, matched perfectly to circulating strains of wild influenza and capable of stopping all influenza viruses, can only deal with a small part of the ‘flu’ problem because most ‘flu’ appears to have nothing to do with influenza. Every year, hundreds of thousands of respiratory specimens are tested across the US. Of those tested, on average 16% are found to be influenza positive.

“…It’s no wonder so many people feel that ‘flu shots’ don’t work: for most flus, they can’t.”

Because most diagnosed cases of the flu aren’t the flu.

So even if you’re a true believer in mainstream vaccine theory, you’re on the short end of the stick here. They’re conning your socks off.

But the mainstream press can’t report any of this.

SCANDAL TWO: Widely reported in the press, health authorities admit the seasonal flu vaccine may be only 10% effective in a given year.

But of course, they urge you to take the vaccine anyway.

Therefore, by the time a person takes that flu shot, the flu (and the flu shot) have both MUTATED. He’s being injected with a vaccine that has a mutated virus – one that isn’t even causing the flu this year.

This is the conventional explanation. If you think it’s the whole story, I have condos for sale on the moon.

You see, vaccines have been made using chicken eggs…for the past 70 years.

That means the flu vaccines have been a hoax for decades.

[Healthline[dot]com: “The majority of flu vaccines are grown in chicken eggs, a method of vaccine development that’s been used for 70 years.”]

SCANDAL THREE: In December of 2005, the British Medical Journal (online) published another shocking Peter Doshi report, which created tremors through the halls of the Centers for Disease Control (CDC), where “the experts” used to tell the press that 36,000 people in the US die every year from the flu.

You see, the CDC created one overall category that combines both flu and pneumonia deaths. Why do they do this? Because they want us to assume that the pneumonia deaths are complications stemming from the flu.

This is an absurd assumption. Pneumonia has a number of causes.

But even worse, in all the flu and pneumonia deaths, only 18 revealed the presence of an influenza virus.

Doshi continued his assessment of published CDC flu-death statistics: “Between 1979 and 2001, [CDC] data show an average of 1348 [flu] deaths per year.” These figures refer to flu separated out from pneumonia.

This death toll is obviously far lower than the old parroted 36,000 figure.

However, when you add the sensible condition that lab tests have to actually find the flu virus in patients, the numbers of flu deaths plummet even further.

In other words, it’s all promotion and hype.

“Well, uh, we used to say that 36,000 people die from the flu every year in the US. But actually, all we can prove is about 20 deaths. However, we can’t admit that, because if we did, we’d be exposing our gigantic psyop. The whole campaign to scare people into getting a flu shot would have about the same effect as warning people to carry iron umbrellas, in case toasters fall out of upper-story windows…and, by the way, we’d be put in prison for fraud.”

SCANDAL FOUR: The so-called Swine Flu pandemic of 2009. This one is a real eye-opener. The CDC was caught with its pants down.

Swine Flu was hyped to the sky by the CDC. The Agency was calling for all Americans to take the Swine Flu vaccine. Remember?

The problem was, the CDC was concealing a very dirty secret.

At the time, star CBS investigative reporter, Sharyl Attkisson, was working on the Swine Flu story. She discovered that the CDC had secretly stopped counting cases of the illness—while, of course, continuing to warn Americans about its unchecked spread.

Understand that the CDC’s main job is counting cases and reporting the numbers.

What was the Agency up to?

Here is an excerpt from my 2014 interview with Sharyl Attkisson:

Rappoport: In 2009, you spearheaded coverage of the so-called Swine Flu pandemic. You discovered that, in the summer of 2009, the Centers for Disease Control, ignoring their federal mandate, [secretly] stopped counting Swine Flu cases in America. Yet they continued to stir up fear about the “pandemic,” without having any real measure of its impact. Wasn’t that another investigation of yours that was shut down? Wasn’t there more to find out?

Attkisson: The implications of the story were even worse than that. We discovered through our FOI efforts that before the CDC mysteriously stopped counting Swine Flu cases, they had learned that almost none of the cases they had counted as Swine Flu was, in fact, Swine Flu or any sort of flu at all! The interest in the story from one [CBS] executive was very enthusiastic. He said it was “the most original story” he’d seen on the whole Swine Flu epidemic. But others pushed to stop it [after it was published on the CBS News website] and, in the end, no [CBS television news] broadcast wanted to touch it. We aired numerous stories pumping up the idea of an epidemic, but not the one that would shed original, new light on all the hype. It was fair, accurate, legally approved and a heck of a story. With the CDC keeping the true Swine Flu stats secret, it meant that many in the public took and gave their children a dangerous experimental vaccine that was not necessary.

It was routine for doctors all over America to send blood samples from patients they’d diagnosed with Swine Flu, or the “most likely” Swine Flu patients, to labs for testing. And overwhelmingly, those samples were coming back with the result: not Swine Flu, not any kind of flu.

But it gets even worse.

Because about three weeks after Attkisson’s findings were published on the CBS News website, the CDC, obviously in a panic, decided to double down. If one lie is exposed, tell an even bigger one. A much bigger one.

Are your eyeballs popping? They should be.

In the summer of 2009, the CDC secretly stops counting Swine Flu cases in America, because the overwhelming percentage of lab tests from likely Swine Flu patients shows no sign of Swine Flu or any other kind of flu.

There is no Swine Flu epidemic.

But, the CDC estimates there are 22 MILLION cases of Swine Flu in the US. Honest science???

SCANDAL FIVE:  This one involves a vaccine manufacturer.  It goes back to at least 2016, and it keeps unfolding.

—The Philippines, where drug giant Sanofi’s Dengvaxia, was given to prevent Dengue Fever.  Sanofi is facing enormous pushback from government officials, who stopped the national vaccination campaign, after thousands of children already received the shot.

FiercePharma: “The Philippines stopped vaccinations shortly after the company warned that Dengvaxia vaccine can cause more serious infections in those who previously hadn’t been exposed to the virus. The country also kicked off a probe and plans legal action, according to health secretary Francisco Duque.”

Did you get that? The company (Sanofi) itself warned that vaccine might not be safe.

FiercePharma: “…the [Philippine] Department of Health didn’t heed warnings from an advisory group of doctors and pharmacologists, who concluded early last year that the vaccine’s safety and efficacy were unproven.”

But there’s more. Sanofi was saying the vaccine might be dangerous for those who haven’t been exposed to the Dengue virus before getting the shot. What on Earth does that mean?

It means a child who had naturally come in contact with the virus would have developed his own antibodies to it. And later, those antibodies would protect him against the Dengue virus IN THE VACCINE. Otherwise, the virus in the vaccine could give him a case of Dengue or cause some other form of damage.

This is saying, “If a child is ALREADY immune to Dengue Fever, because his immune system has successfully dealt with the virus, then the vaccine won’t damage him.”

And THAT is saying, “If the child has naturally developed an immunity to Dengue, then the vaccine, WHICH HE DOESN’T NEED, won’t harm him.”

Of course, the press isn’t getting the picture. If any reporters are seeing the light, they’re keeping their mouths shut. The scandal is too big and too crazy.

Between the lines, a vaccine company is admitting their vaccine is safe only for children who don’t need it.

A tree just fell in the forest. Who heard it?

Mainstream reporters don’t want to uncover the true meaning of vaccine scandals. Therefore, they cultivate ignorance as a defense against admitting their own unconscionable bias. And that’s the essence of their own mental “vaccine,” which works very well. For them. 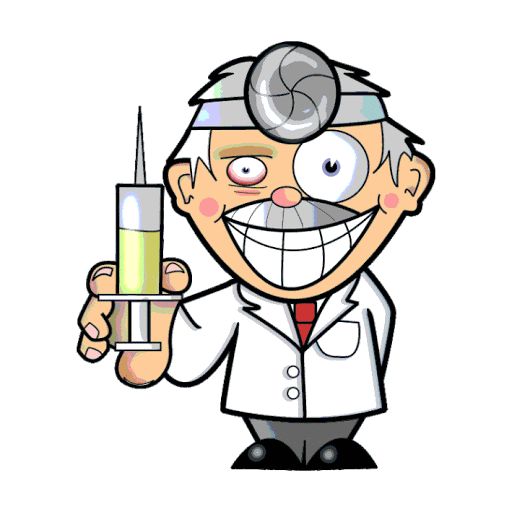 These five scandals, as boggling as they are, are just a brief sampling from the recent history of government lies and pharma marketing their vaccines.

The titanic load of nonsense and lies about COVID now being dropped on the population is one more chapter of business as usual:

In 2019, a new and unique coronavirus was discovered through the application of proper scientific procedures.  LIE.

The diagnostic test (PCR) is dependable and highly accurate.  LIE.

The case numbers and deaths numbers are accurate and meaningful.  LIE.

The containment measures are effective.  LIE.

The destruction of national economies, through lockdowns, is necessary.  LIE.

In over 150 articles, I’ve provided evidence to support the assertion that these are all egregious lies.