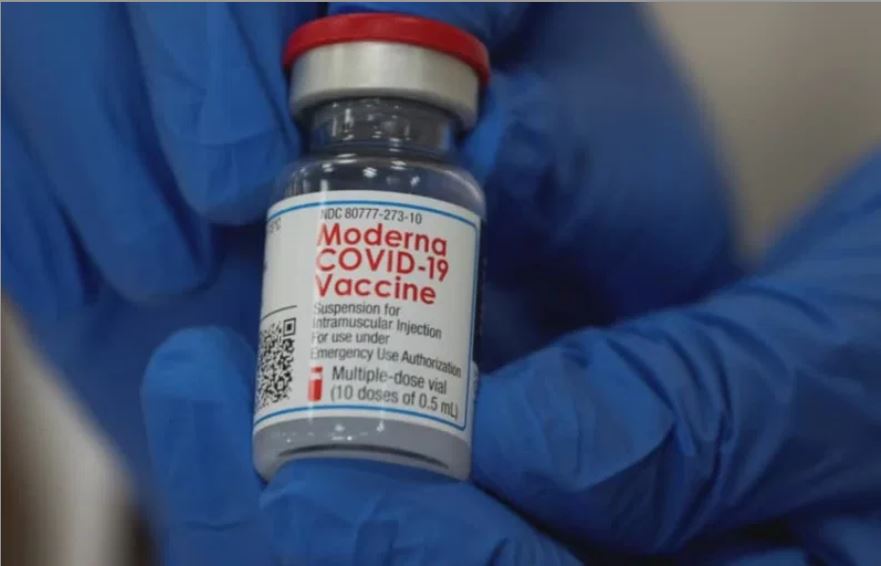 Some folks don’t believe me when I tell them that the mRNA COVID-19 vaccine is designed to rewrite  the natural DNA code for the proteins of your body, thus changing FOR THE REST OF YOUR LIFE God’s natural code for us – that makes us who/what we are. Jewish Dr. Tal Zaks, the head of Moderna’s experimental vaccine, told us back in 2017 what they were planning. Now we can see what is behind the world scare about a fake disease we’ve all been hearing about. The conspiracy to experimentally corrupt (re-create) the physical makeup (DNA program) of our living cells, was the reason they created the false COVID pandemic – to experiment on the human race and kill millions for the purpose of population control.

Now they are injecting millions of people with a vaccine designed to change the way our body’s cells work. And we will soon be seeing the effects of it around the world. The best doctors are warning that uncontrollable diseases and death wait just around the corner for all who take the jab. It looks like that has been the plan all along. Another Jew, Bill Gates, told us that with vaccines and abortions they could lower the world’s population. Gates calls this “helping people” by vaccinating them with diseases and by killing them.

Quoting Bill Gates: “The world today has 6.8 billion people…that’s headed up to about 9 billion. If we do a really great job on vaccines (bio-warfare), health care (toxic drugs), reproductive health services  (abortions), we could lower that by perhaps 10 to 15 percent.” Or the grand old dog of population control, Prince Philip who in 1986 stated when he dies he hopes to be reincarnated as a deadly virus so he could kill most of humanity.

Isn’t it odd that the cost of becoming a billionaire that they must lose their conscience? Historically, the super rich and powerful people are always mad.

Dr. Tal Zaks, the chief medical officer at Moderna Inc., explained in a 2017 TED talk how the company’s mRNA vaccine was designed to work.  (see the video below)

Over the last 30 years, he said, “we’ve been living this phenomenal digital scientific revolution, and I’m here today to tell you, that we are actually hacking the software of life, and that it’s changing the way we think about prevention and treatment (or creation) of disease.”

He went on to explain that the human body is made up of organs and organs are made up of cells.

The arrogance of these serpents and their ability to deceive is ASTOUNDING – as is the tendency of our own people to naively believe them.

I reported on Feb. 4 that Moderna describes its new vaccine as “a computer operating system” but I was not aware at that time that Zaks had spoken three years ago about this, totally debunking the establishment media’s lie that mRNA vaccines will not alter your genetic code.

He could not be more clear when he said “We are actually hacking the software of life.”

Zaks stressed that in 2017 his company (Moderna) was working on a vaccine that would not act like any previous vaccine ever created.

“Imagine if instead of giving [the patient] the protein of a virus, we gave them the instructions on how to make the protein, how the body can make its own vaccine,” he said.

Zaks said it took decades to sequence the human genome, which was accomplished in 2003, “And now we can do it in a week.”

The truth is both the Moderna and Pfizer injections are experimental mRNA vaccines. The FDA has only granted these injections Emergency Use Authorization [EUA] and they will remain in trials through 2023, yet the government, media and corporations are all promoting them as though they are guaranteed safe.

This systemic deception will, in my opinion, end up being judged in the rear-view mirror of history as one of the most reckless acts of medical treachery ever committed against the human race.

If this so-called vaccine does cause more people to get cancer, think of the possibilities from a purely business point of view.

Based on the predictions of Dr. Zaks, who oversaw the creation of the vaccine now being given to millions of people worldwide, the same Big Pharma companies that could potentially give people cancer with one vaccine could step forward later with another vaccine offering the cure for cancer. If you are the CEO of a mega pharmaceutical who answers to profit-driven Wall Street shareholders, that’s a brilliant strategy!

As I listen to Dr. Zaks lay out the achievements of his company in creating the mRNA vaccine, I cannot help but think of how incredibly arrogant it sounds. That devils with doctors’ certificates want you to believe they know how to rewrite your genetic code [his words not mine for all you out there who still don’t believe these mRNA vaccines change the genetic code], claiming they can improve on your God-given genetic structure – if you let them inject their devil’s brew into your body you are entering dangerous territory.

Zaks wrapped up his 2017 speech with the following words.

They want you to believe that the human body is nothing more than a machine (a computer) that can be hacked into and reordered according to some programmer’s instructions.

A person’s genetic makeup is, as Dr. Zak said, “the software of life.”

If they can do what Dr. Zak claims why do the doctors need to lie about it, and why do they still have to force it upon people? If this vaccine is as good as they claim, the evidence would show it. And everyone would be clamoring to get it. But the truth is most people are refusing it, and many people have been injured by it, and many have died from it – and we don’t yet know its long term effects on health. And why would the producers of vaccines need to be legally exempt from injury lawsuits?

Don’t fall for the lies. Use your head while you still can – before your brain is damaged by Dr. Zak’s vaccine.