THE US IS AGAIN BOMBING SYRIA AND IRAQ 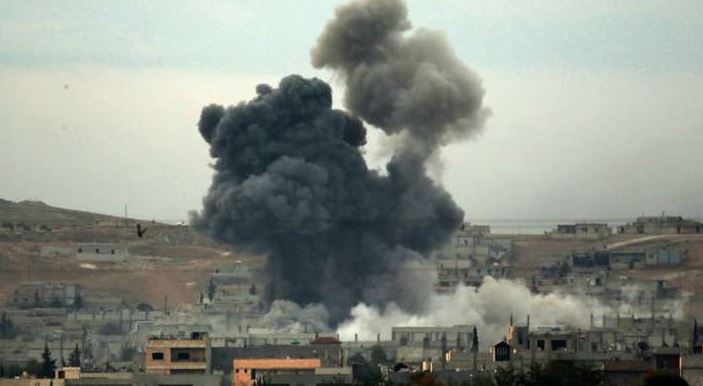 The US military has again launched air strikes in Syria and Iraq. Biden, under guidance from the war generals and Pentagon, claims they are acting in defense of US bases and personnel positioned there. Plus, the US says it is sending signals to Iran which they claim is the real power behind Syria’s and Iraq’s continued resistance against US and NATO invasion into their countries.

One may wonder why the US continues to bomb and invade Syria and Iraq, countries that represent absolutely no threat to the US or anyone in the region. After all, it is the US and NATO that invaded Syria and Iraq without a viable reason, and continues to inflict damage to those helpless states through terror, threat, and physical destruction. Why indeed. What does the US have to gain from the senseless attacks?

Zionist Jews are determined to eventually control and occupy the whole region, driving out all who don’t bow to them – like they have done (with US help) to the Palestinians.