Same Script, Same Tactics, Same Players (CRIMINALS) – 10 years prior they tried the same but failed. DO YOU REMEMBER?

Preview in new tab(opens in a new tab) 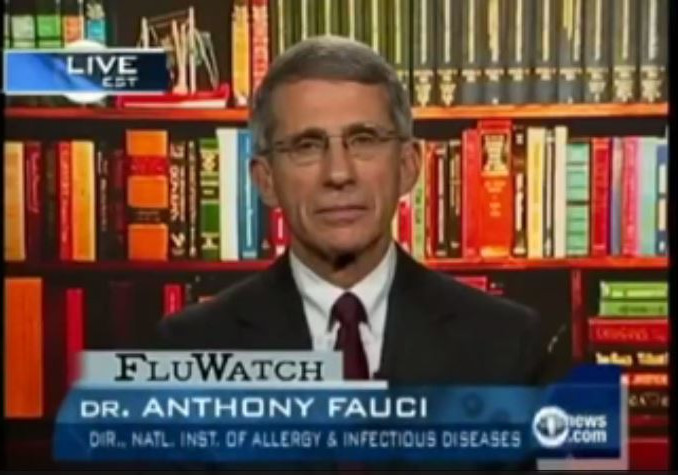 For over a decade Fauci and his accomplices have been selling their lies to Americans, damaging and killing them with their vaccines, making fortunes selling them to ignorant people who were unaware of the dangers. And the public wouldn’t learn till years later that the swine flu pandemic was a hoax. Nonetheless Fauci and the pharmaceutical companies made big money from it. They also made big money selling face masks – but their profits then were only a drop in the bucket compared to the profits they are making today marketing shots and masks for the current COVID fraud. It turns out that swine flu didn’t exist – just as COVID today doesn’t exist – except in computer models fabricated by clever devils disguised as scientists.

Back in the 80s Fauci was already selling false fear about pandemics. Back then most Americans believed him about AIDS. But unlike his COVID fraud today, the AIDS fraud was waged against sodomites and drug users – factions of society that were already hated (although today’s society has learned to love them). Unlike the 80s campaign against queers and druggies, today the campaign is against ALL people everywhere.

The AIDS and swine flu frauds lost traction and drifted from public attention. I can only hope that the COVID fraud will soon lose traction and come to naught as well. However, either way, the people today who took the new COVID mRNA shots, which are even more dangerous than the swine flu shots were, will sooner or later suffer harm and/or death from them. Hopefully, in time, the truth will be realized by the millions of stupid people who trusted the government, the media, and the doctors and allowed them to inject the poisons into their bodies. And if justice prevails to any extent, the perpetrators will be held to account for their crimes against the world.