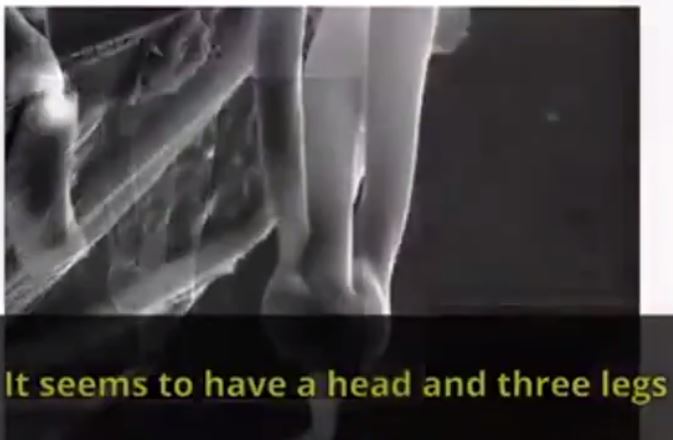 Another strange COVID vaccine life form has been discovered under the microscope, this time made of aluminum and carbon. The discovery was made by a Polish doctor by the name of Dr. Franc Zalewski. Throughout his video presentation, he calls it “the thing.” He found it in the Pfizer Comirnaty vaccine shot, in 1 of 3 vials he studied (some vials were found to be only saline solution). Dr. Zalewski’s discovery comes on top of the research of many other independent doctors, scientists and researchers (Dr. Robert Young, Dr. Carrie Madej, Dr. Zandre Botha and Dr. John B.) who also found that the COVID vaccine contains all sorts of questionable and outright horrific contents – graphene, nanometals, PEG, parasites, self-propelling creatures with tentacles, synthetic fibers and synthetic self-assembling circular structures.

So what is this thing? Similar to what Madej found under the microscope, it’s some kind of synthetic creature with tentacles – perhaps a parasite. Zalewski compares it to something from a science fiction movie about an entity which “flies, had tentacles, and attaches itself to other things.” In this case, Zalewski carefully measured “the thing” and discovered the ratio of its head to its legs (a head of 20 microns/micrometers to legs of 2.5 millimeters, which equals a ratio of 1:125). He believes that “the thing” will grow and develop inside people’s bodies, commenting:

“It seems to have a head and 3 legs … It hasn’t been created to just sit there and do nothing … This is a life form … It grew/developed in 4 days … Is this a plant? Dust? ‘A being’ given to people in eggs in a fertile/suitable environment. Somewhere close by there might be some sort of signal which caused that being to start living. Just as pine cone seeds won’t grow unless they will be in a suitable environment on fertile ground, the same “that thing” seems not to be moving. It may be dormant/sleeping … I hope it won’t be activated.”

Zalewski also points out that he saw more than these creatures, putting to rest any claims this was just a coincidence. Indeed, with all the discoveries that have been made now, replete with microscopic imagery, could anyone who has looked squarely at the evidence still believe this is just some coincidence rather than the coldly calculated transhumanistic agenda? Zalewski suggests that graphene in the vaccine acts as a kind of food or catalyst for “the thing” because the vaccine contains the eggs of “the thing” which appear to hatch in the presence of graphene.