I’ve Never Heard So Many Lies

All wars are full of lies.

Winston Churchill, one of history’s greatest liars, famously said, “In wartime, truth is so precious that she should always be attended by a bodyguard of lies.”

Lies and secrecy are the weapons by which governments attain and hold power. All governments and politicians lie as a matter of course.

We accept that idea broadly. Government lies are “justified” under the excuse of “national security” – an excuse used to cover up political crime.

The Russian-Ukraine offensive and the broader U.S.-Russian economic war, like all wars, are full of lies – big lies.

There’s no question that lies and propaganda come from all sides in the current contest to see who can lie the most effectively between Ukraine, Russia, the EU, NATO, and the American government with its controlled script-reading news media. But the clear winner in that lying contest is the West (America and the EU). The lying liars in the western establishment are no less inventive than Hollywood script writers making up fantastic scenarios for their science fiction movies. Scripts that produce invasions by nightmarish reptilian super villains with super weapons from outer space are no less imaginative than what we can hear any day from TV news and Washington politicians. Really, I don’t think one single truth ever passes their lips – whether they are pushing wars, counting dead bodies, or manipulating the economy to further increase the riches of billionaires like the Bill Gates, Tony Fauci, Mark Zuckerberg, Elon Musk, the Bush family,  and the Biden family. I have more hope of hearing truth from a braying jackass than from any of these. By comparison, Russian news sources are far, far more believable than any of the mainstream news sources of Ukraine, Europe and America.

A constant barrage of lies are coming from western news media. One of the latest for-media fabrications comes from the city of Bucha near Kyiv. Pictures of unarmed dead people (if they are really dead) arranged and staged to appear to have been rounded up, hands tied behind their backs (with flimsy white cloth), and executed by Russians. Oddly, though, the “Russian execution troops” went to the trouble to put the dead in body bags and bury them. These pictures are now blazoned across western news media and Putin is being called a “war criminal.” But Putin and Russian officials are claiming that the whole thing is a western-style movie set. The Kremlin is vehemently rejecting the accusations, calling it a ‘staged provocation’ of criminal provocations by the Ukrainian military and radicals in that city for the purpose of triggering more sanctions and drawing the West further into the fight.

One might wonder why these 400 claimed dead in Bucha represent a “war crime” by Russia but the thousands of civilians in the Donbass area of eastern Ukraine that were being murdered by Zelensky’s military for the past 8  years are never mentioned by the West. And what about the thousands and thousands of civilians the US government summarily murdered in Iraq, Syria, and Libya in recent years with no outrage from western media? Also, what about the millions of people murdered by Trump’s, Biden’s, and Fauci’s COVID kill shots in the past two years – without any outcry from western media or politicians? Who benefits from war? And who benefits from COVID? Find the answers to that and you will understand what is happening and who is behind it.

Here’s the official U.S. narrative as echoed by the mainstream media: Russia’s invasion of Ukraine was unprovoked, Putin’s three-day blitzkrieg of Kyiv has failed, Russian forces are bogged down and valiant Ukrainian troops are putting up a powerful defense and regaining lost ground with the help of weapons from NATO.

In this version, President Zelenskyy is a hero rallying patriots against an evil dictator, Putin. All of that is entirely false.

Here’s the real story: Russia’s invasion is the end result of 14 years of provocation by the West, including repeated suggestions that Ukraine will be allowed to join NATO. The U.S.-backed coup d’état in 2014 displaced a pro-Russian president and started a campaign of killing pro-Russians in eastern Ukraine, thus threatening Russia’s security on her western border.

Russia never planned a blitzkrieg on Kyiv. That’s a Western invention intended to make Putin look weak. In fact, Russia is slowly and methodically taking territory in the south and east of Ukraine in order to control her borders and eliminate anti-Russian threat zones in Donbas.

A full assault on Kyiv has not been Putin’s plan. Ukraine may reoccupy a village here and there, but they’re losing ground in Kherson, Mykolaiv, Melitopol, Mariupol, Kharkiv, Luhansk, Donetsk and surrounding areas.

Moreover, Zelenskyy is no hero. He is an actor (a salacious/queer one at that). Here’s two clips of him on stage displaying the qualities that got him picked by the west and the salacious Biden family, to play the role of Ukraine’s new president. 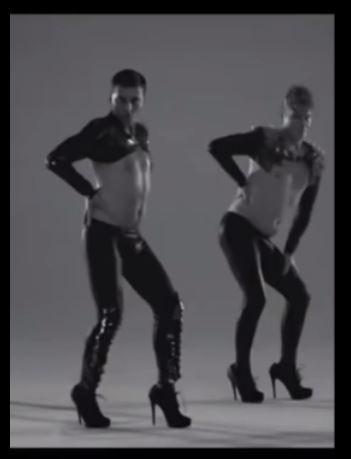 Playing piano with his genitals 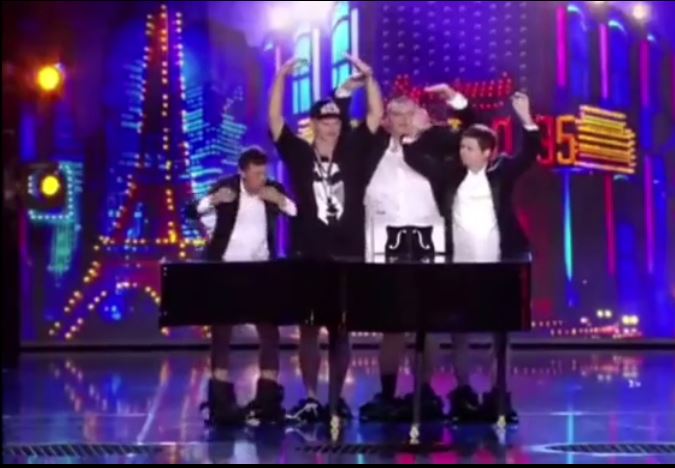 Zelensky is almost as disgusting as US politicians.

This “strong wartime leader” is presented as standing up to the big, bad Putin. But in reality, he’s a corrupt professional liar/actor with newly attained wealth and millions of dollars hidden offshore. His acting skills are dubious but sufficient for the role he is playing. But it doesn’t take much training to see how phony he is.

Civilians, including women and children, are dying under his quisling leadership and fake patriotism. In a nutshell, Zelensky bet on support from Biden and NATO – and he is losing. But it is no skin off his nose because he is being well-paid.

There is ample evidence from numerous sources to support this analysis. Some of the best sources come from Switzerland, where military experts are infuriated that traditional Swiss neutrality has been cast aside.

Most tellingly, Pentagon leaks say the same thing. The story from inside the Pentagon is that Putin is not acting recklessly but is being patient and methodical. It also says that, despite some civilian casualties, Putin is actually using a restrained approach to protect civilians. Furthermore, there are no signs he is preparing for the use of chemical or biological weapons.

So what about the economic sanctions? Are they working?

Payments in and out of Russia are being blocked. The Central Bank of Russia has been banned from the global dollar payments systems. The same is true for some Russian banks and oligarchs and Russian government officials.

Russian accounts in Western banks have been frozen. Exports of critical technology and high-tech equipment to Russia have been banned. U.S. and European airspace has been closed to Russian airlines.

Secondary sanctions have been imposed so that if another nation like China sells goods to Russia made with U.S. technology or machines, that nation will be punished also. The list goes on.

Economic sanctions of these kinds sound powerful when they’re announced, and they do have some impact. But in the long run they never work. In the end, the costs are real but the effects of the sanctions are nil. It’s a lose-lose proposition.

Sanctions Against Oligarchs Are Doing Putin a Favor

Some losses are incurred by those whose accounts are frozen or whose businesses are handicapped. A few Russian oligarchs may lose their yachts, but guess what? Putin doesn’t like the oligarchs anyway.

We’re actually doing Putin a favor by clipping the oligarchs’ wings. Putin’s power comes from the common people and the military, not the oligarchs.

Tellingly, the strategic goals that justified the sanctions are never achieved. At most, they are slowed down temporarily. It’s just a matter of time before the affected parties devise workarounds to the sanctions.

The bottom line is Russia has not stood still. Russian exports of critical strategic metals such as nickel, titanium, palladium and aluminum have been cut off. Russian (and Ukrainian) wheat and other grains have also been cut off.

This will result in starvation in certain parts of the world and massive food price inflation everywhere except in Russia. Given the extent of these sanctions and the retaliation, the damage to world trade, supply chains and even the availability of goods will be massive.

But what about the strategic aims of the sanctions?

Here, the sanctions are a complete failure. They have had zero impact on Russian advances on the battlefield and Russian goals in Ukraine. In fact, Putin has proved to be a master chess player as he runs rings around the sanctions.

When the U.S. imposed sanctions on Russian banks it devalued the ruble. Still, oil and natural gas exports from Russia were allowed because Europe is dependent on them and the world is facing an energy shortage independent of the war in Ukraine.

The answer is that the only way for Europe to get rubles quickly is to buy them from the Central Bank of Russia using dollars. Under Putin’s plan, Russia still gets the dollars, still sells oil and natural gas but he has the added benefit of making rubles stronger because Europe has to buy them to pay for the energy exports.

Cutting off Russian exports of oil and natural gas is pointless because Russia will just sell the same energy to China and India. But the price will go up. It’s a world market, after all.

Putin Is Many Moves Ahead of Biden

This is how judo works. You use your enemy’s power against him by avoiding the main attack and turning the tables. Putin’s a judo expert in real life and he just demonstrated that he can practice it in economic warfare. The West will now be engaged in propping up the ruble in spite of their moves to destroy it.

Putin thinks many moves ahead on the chessboard while Biden is only interested in family ties to criminal money interests in Ukraine.

Sanctions ultimately harm everyday citizens and consumers most. Inflation is surging the United States because of the sanctions. But the pain on the American people has only begun. It will get worse.

U.S. consumers and investors will suffer as prices soar and stocks collapse.

This is all unpleasant news for ignorant western onlookers. Idiot (greedy) western investors will follow the advice of politicians and news corporations – and they will lose money in the chaos to come.

The war in Ukraine will last longer than most expect, will produce supply chain disruptions and will amplify the inflation that’s already present.

In the end, Putin will prevail in Ukraine, while the Ukrainian people and Western consumers will pay the heaviest price.