Was COVID “vaccine” fetal tissue obtained by the murder of an infant? 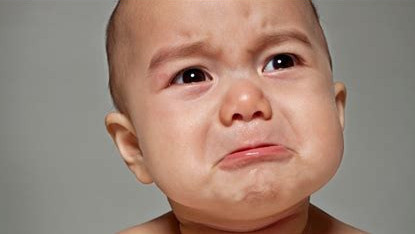 With the release of COVID “vaccines,” and then the mandates, we’ve seen a new resurgence of people attempting to gain religious exemptions.

Many of these attempts focus on fetal tissue obtained through abortion to develop vaccines. For the COVID vaccine the collection of fetal tissue for testing was named HEK 293.

The tissue was taken from an aborted infant in the Netherlands in 1972-3.

This cell line was used for “testing” the Moderna and Pfizer vaccines.

We hear that the abortion-derived cell lines were used only in testing, which should somehow comfort us, though it still means that the vaccines from which they seek to benefit depend on the involvement of abortion. We are told that the cell line used in testing came from one abortion, which took place decades ago. These things are all true. The most prominent cell line, called HEK 293, comes from an abortion performed in the 1970’s.

HEK stands for Human Embryonic Kidney. To harvest a viable embryonic kidney for this purpose, healthy newborns with adequately-developed kidneys must be removed from the womb, alive, typically by cesarean section, and have their kidneys cut out. This must take place without anesthesia for the child, which [anesthesia] would lessen the viability of the organs. Instead of being held, rocked, and loved, they have organs cut out of them alive.

The deliberate killing of an unwanted child (a little girl, in the case of HEK 293) took place in the tortuous manner it did precisely to obtain her organs for research. The harvest of her organs was the direct cause of her death, prior to which, she was a living child, outside the womb.

Not only should the granting of religious exemptions from vaccination be a foregone conclusion; the whole field of fetal tissue research, going back many years and involving many pharmaceutical products, should be put on trial.

And not just doctors. All people who are shocked by her conclusions.

Infants in the womb are taken out alive, with their blood supply functioning (essential) and then killed by cutting out their organs. This is what is done in order to obtain tissue that will be turned into fetal cell lines.

Since this act of murder is standard practice, it would appear it was committed against the live baby whose kidney cells became cell line HEK 293, used in developing the COVID vaccines.

HERE IS A RELIGIOUS EXEMPTION FOR THE WHOLE WORLD:

For all people of faith.

“According to my religious belief, the murder of an undeniably live infant for any reason is unconscionable and evil, and I refuse the vaccine.”

Here is a Force against which no government, no establishment, no secret society, no wealth can stand.

I fully understand all sorts of professionals will spout language that purports to show “the aborted infant was not alive, the lab followed all the legal guidelines, and that many other medications were developed using fetal cell lines. This is an old argument that still evades the point …”

But this is not just an old argument. This is the equivalent of an opening statement in a murder trial. Nothing less.

Solomon to God: “You have made Your servant king instead of my father David, but I am a little child; I do not know how to go out or come in…Therefore give to Your servant an understanding heart to judge Your people, that I may discern between good and evil.”

John 10:10: “The thief comes only to steal and kill and destroy. I came that they may have life and have it abundantly.”

What sane person would ever say that God wants the killing of live infants for the purpose of medical research?