Mainstream Media And The Families That Control The World

John Swinton (1830-1901) was the chief editorial journalist at the New York Times from 1860 to 1870 and for the New York Sun from 1875-1897. In 1880 while as a guest of honour at a banquet of leading journalists , he was offered a ‘toast to the independent press’ and he outraged his colleagues by replying:

“There is no such thing, at this state of the world’s history, in America, as an independent press. You know it and I know it. There is not one of you who dares to write your honest opinions, and if you did, you know beforehand that it would never appear in print. I am paid weekly for keeping my honest opinion out of the paper I am connected with. Others of you are paid similar salaries for similar things, and any of you who would be so foolish as to write honest opinions would be out on the streets looking for another job. If I allowed my honest opinions to appear in one issue of my paper, before twenty-four hours, my occupation would be gone. The business of the journalists is to destroy the truth, to lie outright, to pervert, to vilify, to fawn at the feet of mammon, and to  sell his country and his race for his daily bread. You know it and I know it, and what folly is this toasting an independent press? We are tools and vassals of rich men behind the scenes. We are the jumping jacks, they pull the strings and we dance. Our talents, our possibilities and our lives are all the property of other men. We are intellectual prostitutes”.

Only a mere handful of enormously rich and powerful banking families control what the world reads! They ensure that their mainstream media editorial slaves and journalistic goons concentrate on day to day trivialities and irrelevant news items so that rarely, if ever, the more important issues about what is truly transpiring is ever discussed, or the real truth about what is really happening ever gets out.

In short, all the mainstream  newspapers are only good for lighting fires or for bird-cage liners – if that!

The Rockefellers, Rothschields, and a handful of families whose wealth and power are far above the ones we hear about on the mainstream media (like billionaires Jeff Bezos, Bill Gates, and Mark Zuckerberg, etc.) manipulate the world from the shadows. Those super elite families and operations are not mentioned in the mainstream media because they prefer to remain unnamed. But they not only control the mainstream media, they also control the governments of the world – in ways the common person can’t even imagine. Through interlocking foundations, corporations/banks, blackmailing of politicians, ownership of pharmaceutical companies, ownership of colleges and universities, and ownership of Hollywood these elite families control the whole world. When events happen – events that don’t make sense but are powerful enough to change the world but we aren’t told who is behind them – then you can know that these mega-rich families are pulling the strings from behind the curtains.

“Under the Guise of a Pandemic, We Will Create a Prison State”

Right from the horse’s mouth. And we can see right now that it is looking just like a police state.

In some countries they are already being arrested for peacefully protesting. In some venues folks are now required to leave their personal contact details if they shop anywhere leaving them open for further visits by Police (if you happened to have been in contact with an infected person even when neither of you knew) and Police are now allowed to enter your premises without a search warrant.

All of course in the name of your safety & happening elsewhere as we speak. And based on a crisis that has a death rate of 0.2%, no worse than seasonal flu. 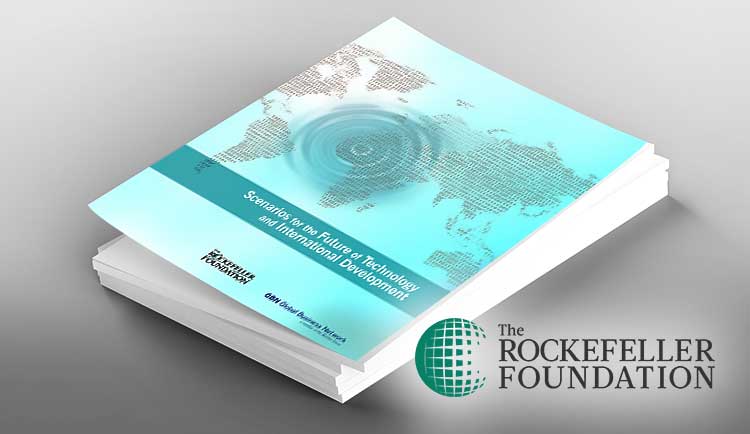 You can find the pdf file link to the Rockefeller Foundation’s blueprint for what we see happening right now – the actual document here – Scenarios For the Future of Technology and International Development – published 2010. (The lockstep operation begins at page 18).

As I’ve been saying, these people haven’t hid their plans. They’re right there in plain sight if you want to look.

The scenario of martial law is described in a futuristic manner in this Rockefeller Foundation document, as a scenario that’s already happened:

“One important — and novel — component of our strategy toolkit is scenario planning, a process of creating narratives about the future based on factors likely to affect a particular set of challenges and opportunities”. (document intro)

From the Foundation’s statement of purpose:

“The Rockefeller Foundation supports work that expands opportunity and strengthens resilience to social, economic, health, and environmental challenges — affirming its pioneering philanthropic mission, since 1913, to “promote the well-being” of humanity.”

In 1913, a Senator, Nelson Aldrich, maternal grandfather to the Rockefellers, pushed the Federal Reserve Act through Congress just before Christmas when much of Congress was on vacation.

When elected, Woodrow Wilson passed the FED. Later, Wilson remorsefully replied (referring to the FED), “I have unwittingly ruined my country”.

Note also JFK threatened to remove their monopoly on banking & interest profiteering in 1963, the same year he was assassinated.