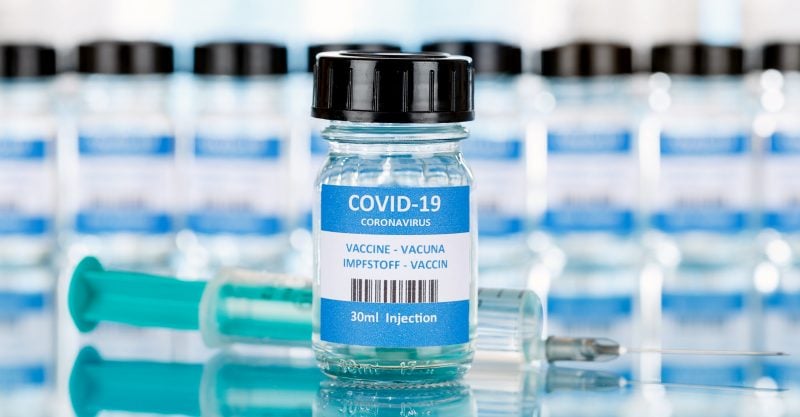 According to Dr. Sherri Tenpenny  COVID vaccinations have been given for about one month, with several million people in the U.S. receiving one or both doses, and already over 40,000 adverse events have been reported after the shots. Over 3100 cases of anaphylactic shock. Over 5000 cases of neurological reactions. And it is estimated that less than 1% of adverse reactions are getting reported. And paid actors are still telling the public how great the vaccines are, and doctors are still pressuring patients to get it. Some doctors are apparently offering people $500 to get the shot.

CDC reports 41 million doses of COVID-19 vaccination were administered in the US from December 14 2020 to February 7 2021, with 1,170 reported deaths after receiving the shot … but CDC claims there are no findings linking the deaths to the vaccine. … Yeah, right!

But this is just the beginning. Greater numbers of deaths and adverse reactions will be seen later – from 4 months to 14 months after vaccination, according to Dr. Tenpenny. The mRNA vaccines, she says, are setting people up for terrible illnesses later on like Bells Palsy, neuropathy,  facial asymmetry, miscarriage, cardiac arrhythmia,  blood disorders, and autoimmune reactions that can cause runaway inflammation that can kill them. And if the patient survives the first event no one knows how often these events can repeat.

After receiving the shot and its effect on you is established, then when you later come into contact with the virus again and your immune system is programmed against it and your own body sees that you have the viral proteins in your own cells and organs and your memory antibodies… the mechanism that makes specific long term antibodies against a pathogen ….your adaptive immune system….YOUR OWN IMMUNE SYSTEM IS GOING TO START KILLING YOU. WE’LL SEE ORGAN FAILURE!  The condition will initially present as sepsis and organ failure follows!

This is the irreversible effect.

We have around 10 billion miles of DNA in our bodies. It’s our blue print. Our binary code. Our computer program. Take out one piece. Put in an extra piece. Translocate a piece from one place to another. You are changed forever.

RNA or any RNA messenger can be potentially converted into DNA in the presence of the enzyme ‘reverse transcriptase’. That DNA could then link to your native DNA. Vaccine RNA can be converted to DNA and then permanently retained.

The average age of those who have already died was 77, the youngest reported death was of a 23-year-old. Both the Pfizer vaccine and the Moderna vaccines were used.

A 56-year-old woman in Virginia died Jan. 30, hours after receiving her first dose of the Pfizer vaccine. Doctors told the daughter that her mother died of flash pulmonary edema likely caused by anaphylaxis. The death is under investigation by Virginia’s Office of the Chief Medical Examiner and the CDC.

The CDC said that based on “early safety data from the first month” of COVID-19 vaccination the vaccines are “as safe as the studies suggested they’d be” and that “everyone who had experienced an allergic response has been treated successfully, and no other serious problems have turned up.

States reporting the most deaths were: California, Florida, Ohio, New York, and KY.

The clinical trials suggested that almost all the benefits of COVID vaccination and the vast majority of injuries were associated with the second dose.

While the database numbers are sobering, according to a U.S. Department of Health and Human Services study, the actual number of adverse events is likely significantly higher. The passive surveillance system relies on the willingness of individuals to submit reports voluntarily.

Historically, fewer than 1% of adverse events have ever been reported.

People, you are being left without excuse at this point.  If you take the COVID vaccine, you have no one to blame but yourself should you fall ill or die.  You’ve been warned.