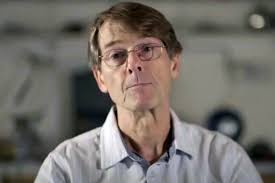 Mike Yeadon Warns Vaccines May be

Mike Yeadon, ex-Chief Scientist of Pfizer, has stated that it may be too late to save those who have been injected with any Covid-19 vaccine. He urges those who have not yet been injected with the deadly compound to reject it to save their lives and the lives of their children. The world acclaimed immunologist warns that many more people will probably yet be injured or killed by the vaccination program. Many have died within 2 weeks of the shot. Many more are expected to be injured or killed by the long-term affects of the vaccine with increasing danger with every top-up or “booster” injection.

Supplemental vaccines are in development to cause degradation of specific organs – including heart, lungs and brain. Having been intimately acquainted with the functioning and goals of research and development of the Pharmaceutical giant, Pfizer for 2 decades, Professor Yeadon states that the final goal of the currently administered regime of vaccinations can only be a mass depopulation event.

And it’s not just this guy, thousands of extremely respected people in their fields are saying the same thing. https://www.lifesitenews.com/news/exclusive-former-pfizer-vp-your-government-is-lying-to-you-in-a-way-that-could-lead-to-your-death