COMMON SENSE TRUTH FROM AN UNLIKELY SOURCE – A RUSSIAN PRIEST 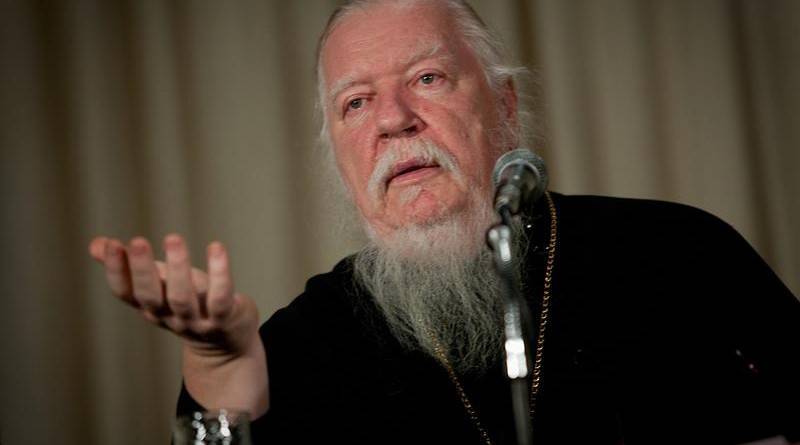 Dmitry Smirnov is a very popular Russian priest, a dedicated activist in the Russian fight against abortion. He is an influential supporter of large families, homeschooling, and, simply put, traditional family values. He has a huge media presence, regularly appears on television, and has millions subscribers and fans in Russia and in other countries.

He is prized by many for his unapologetic refusal to sugarcoat anything. Here he answers a question he says he hears way too often from women who have failed to create families.

The Hard Truth about Women

Dmitry Smirnov: Some ladies come to me saying “I am not married, what I should do?”

I`ll answer the question of why you are still not married. Because now men have become more clever than women.

The female champion of the world in chess can play only at the level of sports professional.

Though even when she’s achieved that, she’s given the title of grandmaster, but that’s just out of respect.

The woman cannot take off the heavy weight like men, it’s unfortunate, but she just can`t. So a typical man understands that there is no point in getting married.

Just one whistle – and twenty women will be here, please choose any! Five years of living together, and oh, well she starts complaining, and he just finds another one.

Women have become so easy to get, so that they are now cheaper than the prostitutes.

Because any woman demands something for herself, while the prostitute doesn’t – One just gives her 100 USD and everything is fine, no strings attached.

But if women start fulfilling the 7th Commandment, all these problems will go away.

“Oh, so you love me? Great, please show me the passport. Oh, so you’re married? Well, Auf wiedesehen” (goodbye).

In this case there will be no family betrayals and love triangles. The men will just line up, like they do in China. In China there are 100 million more men than women so a Chinese man is ready to marry any woman, seriously! And he feels honored.

Same here. If our women will go back to times before the II WW, when Hitler ordered that medical surveys be conducted on unmarried Russian women. They found out that all of them were virgins. He was told then that a people like that could never be defeated.

Now you can hardly find a virgin even in the 5th grade of school.

That’s why we should raise our children in chastity, and all that which corrupts should be banished from our lives. Then men will be again knights, real gentlemen, they will die for women, they will again be romantic, will be ready to give blood to win their woman.

If women are participating in races for who jumps into the man’s bed first, then of course, why should I get married? She’s already mine! Am I an idiot? That’s why in 6th century even the ancient Fathers used to say: “If a woman loses her shame, nobody will be saved”.

We must return to the norm. And the norm for an unmarried woman is to be a virgin. If the norm returns, all will be different. We won’t have 40 million single mothers, trying to juggle house and work, suffering, while the man is too cheap to even giver her thousand rubles for the child alimony.

We are the only country in the world where 80% of men are not paying the alimonies at all. 80%!!!

Why? Because they are clever and shameless. They have no conscience. Why?  They were raised by their mothers. Why did they raise them like this? Well, he was an only child. And since he’s an only child, naturally he’s an egoist. He was totally adored by his mom, and his grandmother, etc.

But if his mom had had 8 kids, he wouldn’t have been an egoist. Already from age 5 he would have been helping raise the younger brothers and sisters and teaching them what he had learned up to that point.

That’s why from our small families there are so many problems.  What kind?  Universal ones. So if we don’t resolve this problem, we will disappear from the face of the earth. So we find ourselves not in a demographic “problem” but a demographic catastrophe. It’s very serious.

Any one who would like to argue with me on this, I’m at your service.