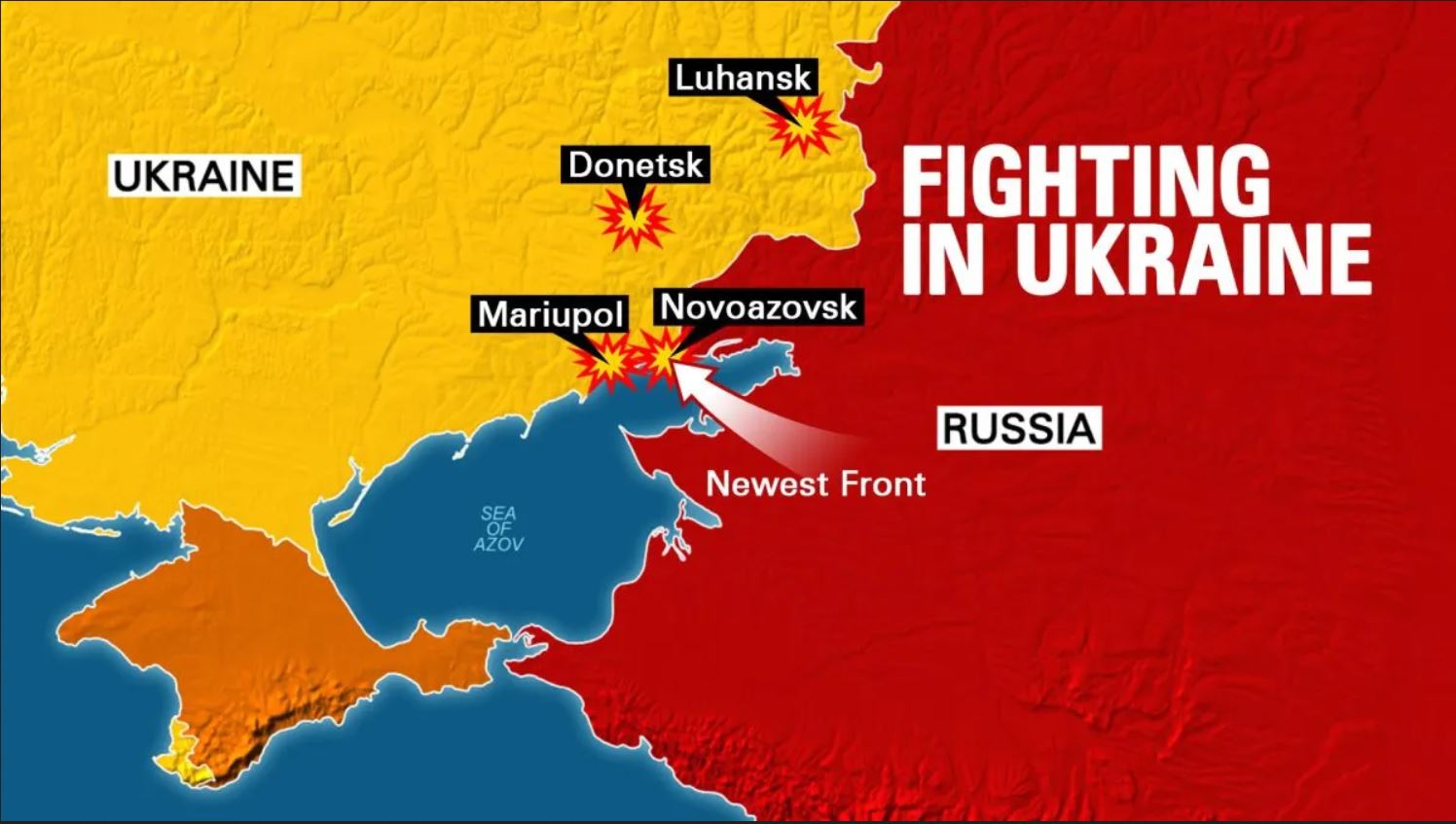 Just as everything you were told about Covid by the media and health and government officials was false, so is everything you have been told by the same propagandistic liars about Ukraine. Americans have had nothing but lies since the assassination of US President John F. Kennedy, of his brother, US Senator Robert Kennedy President-in-Waiting, Martin Luther King, the Vietnam war, 9/11, Saddam Hussian’s nonexistent “weapons of mass destruction,” Assad’s so-called “use of chemical weapons,” Iranian nukes (that didn’t exist), the extraordinary lies about Kaddafi, Covid pandemic, and Russian invasions. The entire Western World lives in a false Mattrix – a world created by liars and propaganda. The vast majority of people in the West have no idea of the reality in which they live. This makes them impotent and completely unable to understand freedom. They are sitting ducks for tyranny which is fast closing around them.

Take the Ukraine narrative, for example. The story as presented to the public by the Western media has no relationship to reality.  The Ukraine narrative has collapsed as completely as the Covid narrative.  There will be no going back to it.  The narrative will simply be dropped as the next crisis–inflation perhaps or a new fake pathogen–takes the front page.

There was never a Russian invasion of Ukraine.  Russian military focus was on the Donbass region in east and south Ukraine.  Inhabited by Russians and part of Russia herself until Soviet leaders transferred it, like Crimea, into Ukraine for their reasons.  When the US overthrew the democratically elected Ukrainian government in 2014 and took control over Ukraine, the Crimean and Donbass Russians voted overwhelmingly to be reunited with Russia.  The Kremlin accepted Crimea (because of it’s navy base there) but not Donbass.

This was a strategic blunder demonstrating a lack of awareness on the part of the Russian government.  Immediately the anti-Russian factions began abusing the Russian population in the Donbass region in the east. The American puppet government in Kiev followed up by banning the use of the Russian language.

To protect themselves, the Donbass Russians declared their independence in the form of two republics, the Donetsk and Luhansk Republics.  Ukrainian troops and neo-Nazi militias began attacking these “breakaway republics.”  They have been shelling with artillery the Donbass villages, towns, and cities for 8 years, killing thousands of civilians.

The Russian intervention was provoked by the Ukrainian deployment of a 100,000 or more Ukrainian force on the borders of Donbass for an invasion to reconquer the territory. Washington’s refusal to give the Kremlin a security guarantee was a second reason for the Russian military intervention.  Russia told Washington in completely clear language that Russia would not permit Ukraine to be a member of NATO.  Nevertheless, Washington persisted in its provocation.

Most of Russia’s military intervention in Ukraine is focused on clearing Ukrainian attackers on Donbass.  This is the reason for Putin’s go-slow war that rules out heavy weapons use on civilian areas.

The civilians are Russians, and, as Putin said, “we went in to liberate these people, not to kill them.”

The West’s media whores and government officials misrepresent the Russians’ intention of avoiding the death of Russian civilians. The west perceives it as a sign of a “stalled Russian invasion,” as CNN and the NPR whores proclaim.  Some of the Western media whores go even further and say it is a “Russian defeat.”

If there is a Russian defeat, it will happen in negotiations, not on the battlefield.  Russians are too trusting to be negotiators, and never do well.

To Russia, the battle field has a higher standard of performance.  Before any Russian troops entered Donbass, the Ukrainian military infrastructure, air force, and navy were completely destroyed.  The Ukrainian army is incapable of action. It has no communication, no air cover, and is cut off from supplies.

Russia’s reason for the peace negotiations is to avoid unnecessary bloodshed. But the neo-Nazi commissars require Ukrainians to fight to the last man.  Russia doesn’t seem to understand that they are negotiating with a “government” that has no concern for the safety of its citizens.

The Russians deployed 200,000 troops against Ukraine’s 600,000 soldiers trained and armed by the US and UK.  The Ukrainian army, which outnumbered the Russians 3 to 1, was destroyed as a fighting force even quicker than the Russians destroyed the US and Israeli armed and trained Georgian army that invaded South Ossetia in August, 2008.

The only reason that any building, any cities still exist in Ukraine is Russian restraint.

The Kremlin is confident that Russia can achieve its objectives without destroying Ukraine.  This is true militarily, but I do believe that the Russian government is too gullible to be successful in negotiation and in the news media.  Russia still has a moral fiber and mistakenly assumes that the West does too. The West does not have any moral fiber.  Russians do not know how to negotiate with a devil.  Remember Hugo Chavez’s speech at the UN.  Remember the Jewish-American Secretary of State (Madeleine Albright)  saying on national TV that America’s murder of 500,000 Iraqi children “was worth it.” Yes, worth it for Israel’s dominance of the Middle East.

Neither do the stupid fools understand that the American Empire is destroying itself. What the sanctions have done is to destroy the dollar-based world economy that allowed the Americans to impose the financing of their huge trade deficit through US corporations offshoring their production for the US market. Russia, China, central and east Asia will now create their own methods of payment separate from the West. This will destroy dollar hegemony and American power.

We come full circle. The American hubris created an arrogance that could not prevail over Russia, China, and  India who is determined to exist independent of the west.  American globalism, Washington’s method of exercising hegemony, is collapsing.  The idiots in Washington have themselves collapsed their ruling system by mindless sanctions that are driving the East out of the dollar system.

Russia has only one problem.  Russia’s problem is internal.  The problem consists of  elements of the intellectual and upper class (billionaires) and financial elite who see their interests allied with Western Capitalism. These traitors, tolerated by the Kremlin, are de facto Western agents created during the Yeltsin regime by the American overlords.

In the Russian government their most powerful person is Elvira Nabiullina the head of the Russian central bank whose policies serve the West and not Russia.  Putin, despite the warnings from Russia’s only economist, Sergey Glazyev, trusts the pro-American Nabiullina with Russia’s future. The Russian central bank, which has never served Russia, is Washington’s greatest asset in its hopes to defeat Russia.  It is Putin’s blindness to this threat that is the dagger at Russia’s heart.