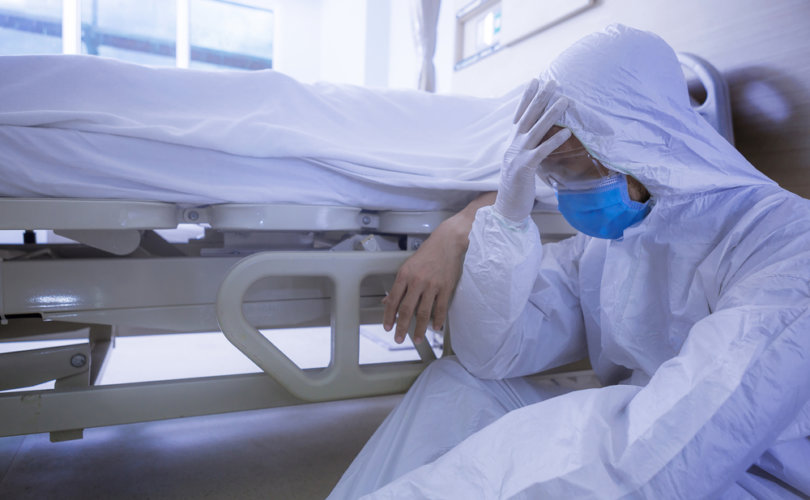 An ABC affiliate in Detroit sought stories of death to the unvaccinated. Instead, it got countless stories of harm from the COVID jab. Are hospitals hiding the real number of deaths from the shots? Are millions dead already?

DETROIT, Michigan (LifeSiteNews) – Detroit’s ABC station asked the public to share stories of unvaccinated people who have passed away from COVID-19, only to be flooded with stories of death and injury as a result of the shots.

“After the vaccines were available to everyone, did you lose an unvaccinated loved one to COVID-19? If you’re willing to share your family’s story, please DM us your contact information. We may reach out for a story we’re working on,” wrote WXYZ-TV Channel 7 on Friday.

An overwhelming number of people responded with stories not of death of the unvaccinated but of death and injury soon after the COVID-19 shot.

“I don’t know anyone who died from covid but I do know a 37 year old who got the vaccine and died of brain aneurysm 8 days later,” wrote one under the name Maximilien Robespierre.

Immediately below, Richard Smother shared, “My coworkers daughter (12 years old) had to be rushed to the ER after she collapsed an hour after her second shot.”

Krista Evans shared, “I know 3 people personally that died shortly after being fully vaxxed. All the people I know that have had the corona virus, had very mild flu-like symptoms so why would anyone get poked with this poison???”

Becky Burch commented, “An Aunt died a week after the shot. The family never thought much about it until visiting with another cousin who had family die after the shot with the same ‘strange’ issue…not sure of the details. Now, they think it was the shot.”

Besides deaths, the testimonies of side effects from the jab cover a wide range of injuries and symptoms, from heart attacks and blood clots to digestive issues to loss of sight and movement.

“My mother had a heart attack 4 days after receiving her first vaccine. She now has a blood clot in her lung,” Jessica Mauldin commented.

Juli Smith wrote, “My neighbor died from the vax, the funeral is next week. My mom can’t feel her arms and legs. My BFF has been in ER several times with debilitating headaches. My mom and BFF doctors don’t correlate the two but the timing makes it suspect. My hubby’s doctor refused to let him test for covid antibodies. These doctors are complicit.”

The heavy ratio of comments about death and injury from the jab tells a starkly different story than Biden and the mainstream news outlets that tell us they are “safe and effective.” We may never know the real number of people they have killed and will continue killing.